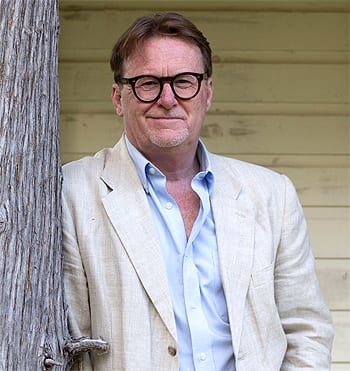 Can real estate be a passion? And addiction? Ted may know something of that…his first rush in real estate came when he was about 8 and his Dad took him to an open house in Guildwood Village, Scarborough. They left having bought that very house, much to the surprise of his mother who was at home with his three sisters.

Ted attended Ryerson for his second round of university, completing a degree in Urban Planning after a career in politics as an organizer and manager, learning how to organize and motivate from some of the best. As a housing consultant he was involved in creating coops and supportive housing. His specialty was people, communities and creating livable spaces.

His passion for gardening led to a landscape business that put him through school, coming by it naturally as his great-grandfather was the landscaper for Casa Loma in Toronto. Ted researched garden books for Marjorie Harris and she convinced him he could write. For 12 years he wrote “Toolshed” for Gardening Life Magazine. He was approached in the late 90’s to help the Garden Club of Toronto and Landscape Ontario to create a major Flower and Garden Show, Canada Blooms. All the while Ted and his partner Tim bought, renovated and sold homes. Many in fact. In his 20’s Ted learned the trades and develop a serious interest in home improvement, design and décor. Many of their homes and cottages were featured in newspapers and magazines. There were even a few properties along the way that got bought in the Johnston family fashion, without Tim there!

1987 brought them to Bobcaygeon, being familiar with the Kawarthas and having a strong desire not to be more than two hours from home, Toronto, they bought a cottage, Tiverton, on Front Street. It was full of history and character. Today they reside full time at The Lakehouse, the first cottage built on Pigeon Lake, circa 1905. Restored, renovated and landscaped.

Ted has always known that, while buying a home or cottage is likely your biggest investment, it is never just about the house. It’s about life changes, lifestyles and a desire to control your environment. Now in his 12th year, most of that was with Royal LePage Frank, in the Bobcaygeon office. 2019 Ted was in the top 25 sales people in the company of 300 plus agents, successfully finding cottages, homes and businesses for people in a community he loves. With SAGE Real Estate Ltd., behind Ted, he will continue to provide the same excellent service but with a leading edge firm, that is more in line with Ted’s values and his keen desire to offer the best and most up-to-date marketing and support the industry has to offer.

By merging his planning knowledge, sense of community, love of cottaging, renovation and home improvement, and his coaching and marketing knowledge into one package he helps you find or sell your property, whatever your dream. Ted has a keen desire to make things happen for you so that you have the life you want to create.